GET THE BLUEPRINT For 74% Off Now
Unison Audio Inc.
Privacy Policy | Terms of Use
“The Ultimate Blueprint
To Instantly Creating
Advanced Scales, Chords,
Progressions & Melodies
That Make Your Music
Stand Out”
No Music Theory, Guesswork
Or Trial & Error Needed.

GET THE BLUEPRINT For 74% Off Now

Most producers think it's:

But the 'real secret' to creating professional-sounding tracks that stand out from all the other ones out there is...
You need to use scales, chords, progressions and melodies that 99% of normal producers have no idea how to make.
That’s why if you listen to unique hit songs like:
The advanced chord progressions & melodies in those songs 'hook you in' and make you want to listen on repeat. Which means, if you're using the same basic chord progressions & melodies as everyone else... Your music won't get noticed – resulting in little to no plays. 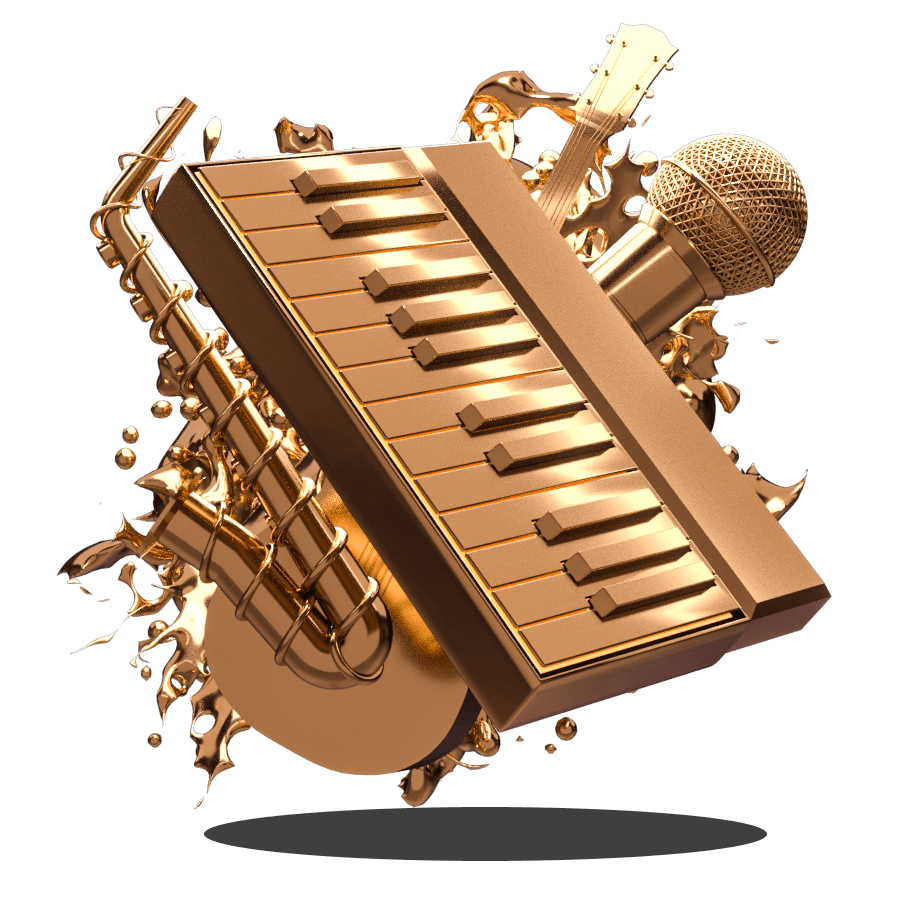 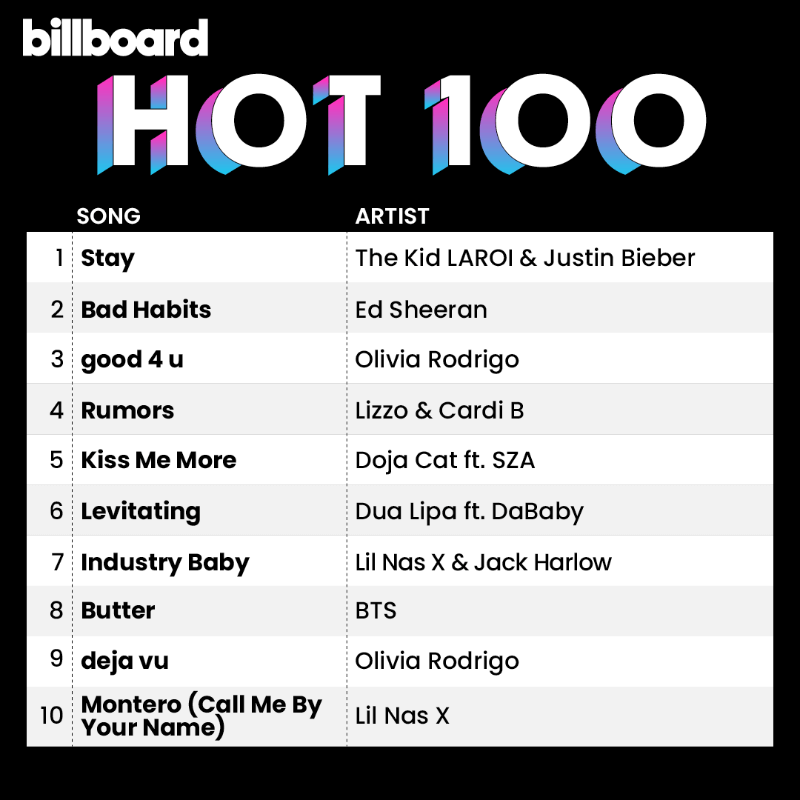 So How Do You Create Advanced
Chords, Progressions & Melodies?

The truth is, most producers open the piano roll, and start drawing random notes until they come up with something that sounds "ok"...
Well that's exactly where they fall short... Because there's a lot more than goes into creating pro-level chords, progressions and melodies.
And up until now there were 2 options:
Knowing this, we knew there had to be a better way.
So, after 6 months experimenting… A hefty chunk of development costs… And working with 3 music theory masters… That's exactly what we made here at Unison.

The world's first and only tool that allows you to instantly create advanced chords, progressions & melodies across 15 scales.
With the Unison Advanced Scales MIDI Blueprint you'll be able to:
With it, you'll quickly select from over 17,000+ MIDI files available at your fingertips...
Drag & drop them into your projects to effortlessly create crazy chords, progressions and melodies that get your music noticed. 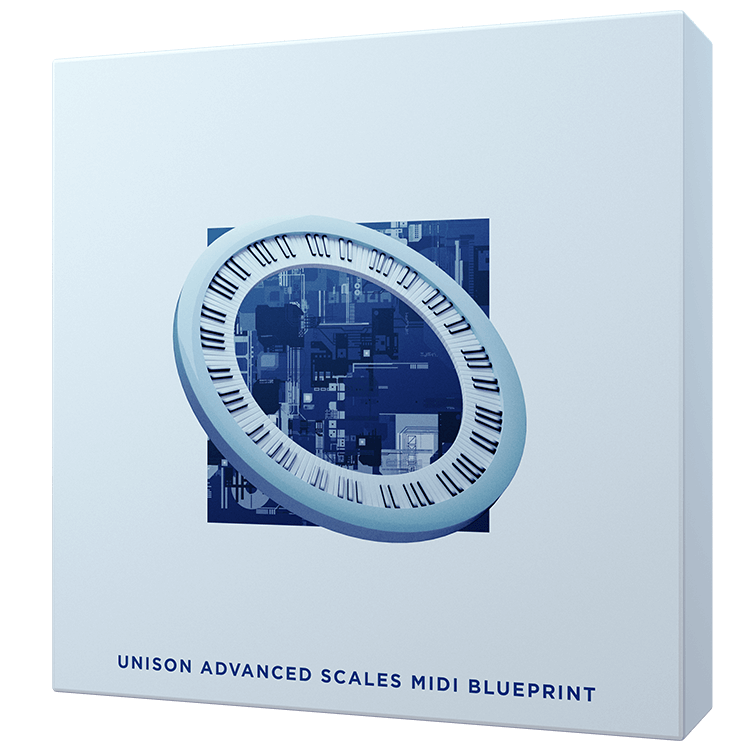 Most producers think it's:

But the 'real secret' to creating professional-sounding tracks that stand out from all the other ones out there is...
You need to use chords, progressions and melodies that 99% of normal producers have no idea how to make.
That’s why if you listen to unique hit songs like:
The advanced chord progressions & melodies 'hook you in' and makes you listen on repeat. Which means, if your using basic chord progressions & melodies... Your music will sound like everyone else and won't get noticed – resulting in little to no plays.

So How Do You Create Advanced Chords, Progressions & Melodies?

The truth is, most producers open the piano roll, and start drawing random notes until they come up with something that sounds "ok"...
Well that's exactly where they fall short... Because there's a lot more than goes into creating pro-level chords, progressions and melodies.
And up until now there were 2 options:
Knowing this, we knew there had to be a better way.
So, after 6 months experimenting… A hefty chunk of development costs…
And working with 3 music theory masters… That's exactly what we made here at Unison. 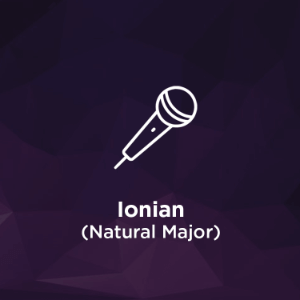 The #1 scale used in popular music - from rock & roll, to pop to EDM, using this scale in your tracks will give you the proven, field-tested notes and patterns you need.

Used in songs like "Butter" by BTS, "Kiss Me More" by Doja Cat, "Save Your Tears" by The Weeknd, and countless others. You can be certain that when you use this scale, your notes will be proven to work. 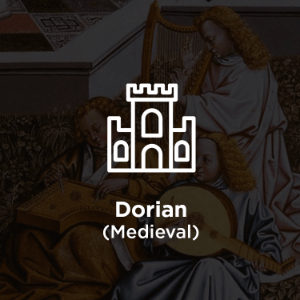 A greek scale used in ancient chants and hymns, now in the top 5 most popular scales in modern music. If you want a variation to your usual notes that isn't too far out there, but still different enough to draw attention - this is the perfect scale for you.
Used in songs like "Purple Haze" by Jimi Hendrix, "Radioactive" by Imagine Dragons, and "Get Lucky" by Daft Punk, you'll know when you use this scale that you have a slam-dunk track.
Demo Chord Progressions:
Demo Melodies: 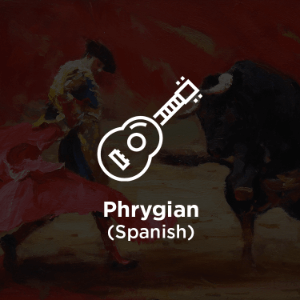 Named after the ancient kingdom of Phrygia in Anatolia, this scale is the “rare spice” of many top producers. When you use this scale, your music will have a unique atmosphere of mystery and intrigue that's difficult to replicate any other way.
Also, commonly used by rock bands like Pink Floyd, Metallica, and Linkin Park, the Phrygian scale will give you songs an unexpected touch.
Demo Chord Progressions:
Demo Melodies: 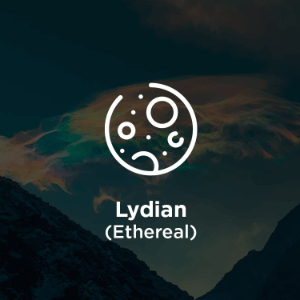 Also known as the "Ethereal scale", originally used in Gregorian Chants, the Lydian scale is by far the most bright, transcendental, and widely considered to be the most magical scale to be used in modern music.
Used by artists like Led Zeppelin, Pearl Jam,  Fleetwood Mac, When you start using it, it will add a bit of magic to any chord, progressions, or melodies you use it with. 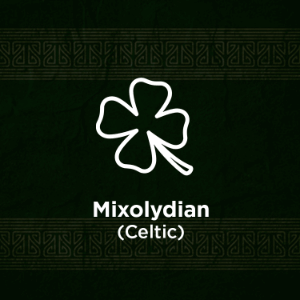 Attributed to Sappho of ancient Greece, it’s one of the most tried & true scales in popular music. Famous for many modern rock hits, this scale centers around the V chord, and helps you to add a driving, aggressive, and punchy energy to your tracks.
Used on songs like "Clocks" by Coldplay,  "Bitter Sweet Symphony" by The Verve, and "Sweet Child O' Mine" by Guns n Roses, if you want a bold yet relaxed sound, this is the scale to implement.
Demo Chord Progressions:
Demo Melodies: 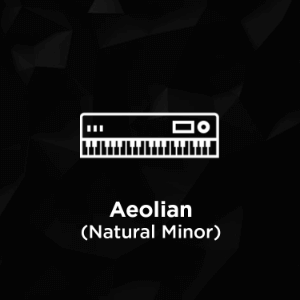 Originating in the Aeolian Islands, this scale has been used on thousands of top-100 hits. In fact, this is the second-most-popular scale in all of music.

From songs tracks like "Industry Baby" by Lil Nas X, "Bad Habits" by Ed Sheeran, and "Smells Like Teen Spirit" by Nirvana, if you're looking for a darker, moodier sound, then the chords, progressions, and melodies in this scale will help you.
Demo Chord Progressions:
Demo Melodies: 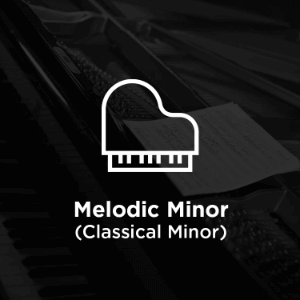 A moody, nostalgic scale sure to trigger some emotions and memories in your listeners. If you've been using the minor scale in the past, then this is the perfect way to add some variation to your tracks.
This scale is used from modern productions to classics such as "Sorry Seems To Be The Hardest Word" by Elton John,  to "Yesterday" by The Beatles, even to "Greensleeves" by Mozart, as well as countless Jazz standards.
Demo Chord Progressions:
Demo Melodies: 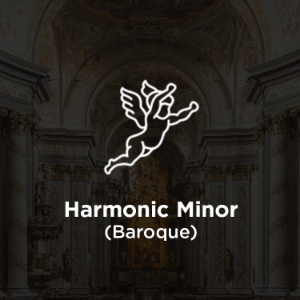 
Originally championed by Mozart and Beethoven, now this scale is rarely used by 'average' producers. Instead, it's usually reserved for the top 1% of producers in the industry.
From "Despacito" by Luis Fonsi, to "We are the Champions" by Queen, to "Bury a Friend" by Billie Eilish, this scale absolutely dominates the landscape of modern edgy pop music.
Demo Chord Progressions:
Demo Melodies: 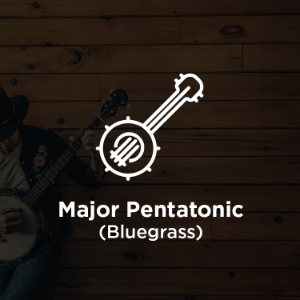 Unlike a traditional 7-note scale, the pentatonic 5-note scale lets you simplify your song-writing process and create music in a completely new way.

If you want a fast, easy way to create new popular music quickly, this is the absolute must-have scale to have in your arsenal as a music producer.
Demo Chord Progressions:
Demo Melodies: 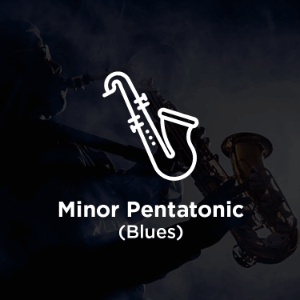 This scale is the foundation of many blues scales, and has a vibe that is timeless. One of the benefits of this scale is it can work over almost any chord of the key effortlessly.


Used in songs like "Shape of You" by Ed Sheeran, "Under The Bridge" by RHCP, "We Will Rock You" by Queen, using this scale makes writing hits effortless.
Demo Chord Progressions:
Demo Melodies: 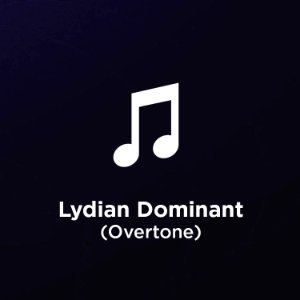 When you use this scale, you'll be adding a rare unique flavor to your music that no other producer will quite be able to figure out.
Demo Chord Progressions:
Demo Melodies: 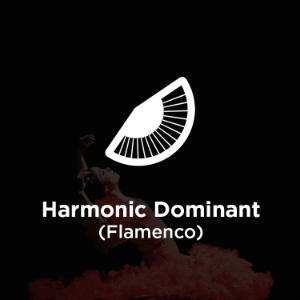 By using unique chords not found in other scales, this scale creates a unique energy that makes people want to move, dance, and gives them a feeling of freedom and ease. 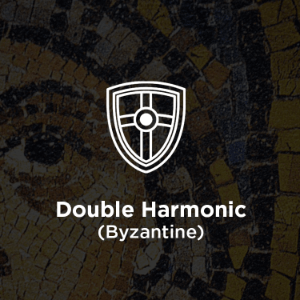 Also known as the Arabic scale, this scale is prominent in the music of Deep Purple, Opeth, and many other artists that break outside of the definitely of what 'normal' means.

Arguably, the most well-known use of this scale is in Miserlou, which was used as the opening theme to Pulp Fiction. It's a rare scale with a dark quality that you're absolutely going to love.
Demo Chord Progressions:
Demo Melodies: 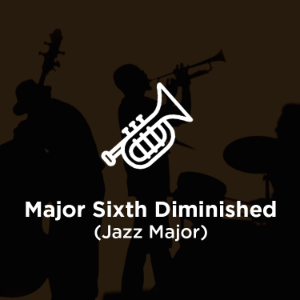 This rare scale has an extra note, and uses diminished and augmented sixths to create new evolutionary voicings that add color not usually found in standard triads, or even 7th chords.

While traditionally a Jazz scale, you can use this scale in modern Hip Hop, EDM, and Rock productions to create that "Wow" factor in your listeners that leaves them mind-blown.
Demo Chord Progressions:
Demo Melodies: 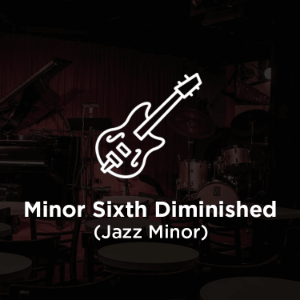 Like any diminished chord or scale, the purpose of the Minor Sixth Diminished scale is all about tension, tension, tension. The more tension you can create in your music by using the chords and melodies in this scale, the more interested your audience will become.
Used in songs like "Bennie & The Jets" by Elton John, "Don't Look Back In Anger" by Oasis, and "When The Party's Over" by Billie Eilish this scale is perfect for creating that sense of 'limbo' in your listeners that then leads to a perfect resolution.

Demo Chord Progressions:
Demo Melodies:
All These MIDI Chords, Progressions & Melodies
Plus 16,765 More...
GET THE BLUEPRINT For 74% Off Now
Watch The Unison Advanced Scales
MIDI Blueprint In Action:
countdown
00Hours00Minutes00Seconds

GET THE BLUEPRINT For 74% Off Now

Here's What You'll Get Inside
The Unison Advanced Scales MIDI Blueprint:

GET THE BLUEPRINT For 74% Off Now
What Pros Are Saying...
"Definitely a great way to make beats and compose different music styles
even if you don't have music theory!
I use the Unison MIDI Blueprint all the time." 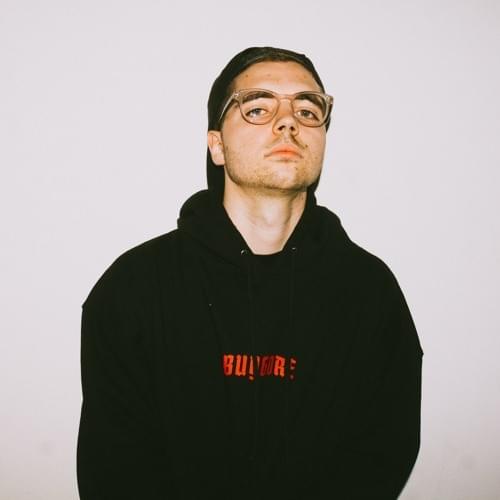 63k fans. Tracks signed to Monstercat/Buygore/
Elysian Records.
"The Unison MIDI Blueprint is insane. I've cooked up 10 beats with it over the past few days! It's give me so much inspiration. Definitely recommend it to producers of all levels" 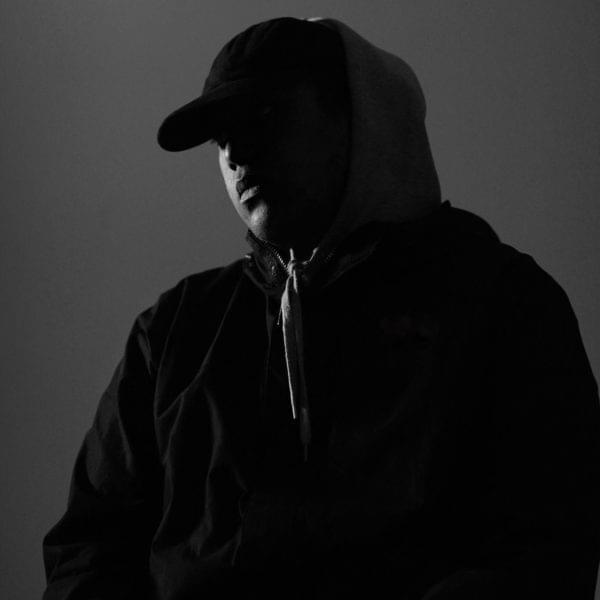 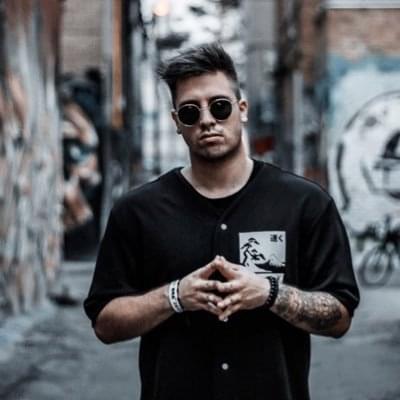 World touring DJ/Producer. 62k fans. Tracks signed to Spinnin' Records/Heldeep Records/Confession.
Are You Ready To Make Your Music Stand Out?
countdown
00Hours00Minutes00Seconds
Here's What You Get: 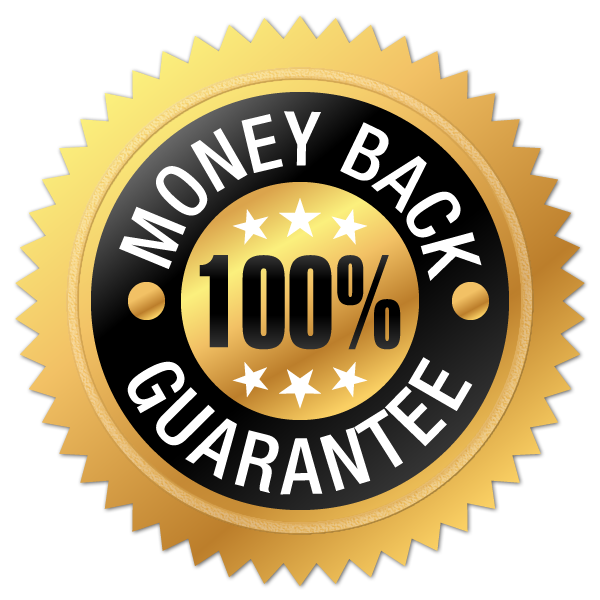 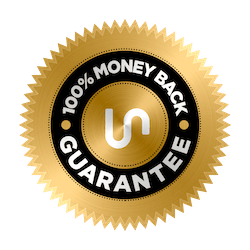 Here’s the deal...
If you're not absolutely blown away with the improvement the Unison Advanced Scales MIDI Blueprint makes to your music...
Just send 1 email to our friendly support team at support@unison.audio within 60 days and we'll give you a full refund - no questions asked.
Plus, you can keep all the bonuses absolutely free. You have nothing to lose and everything to gain.
Frequently Asked Questions
Frequently Asked
Questions
countdown
00Hours00Minutes00Seconds
CUSTOM JAVASCRIPT / HTML
GET THE BLUEPRINT For 74% Off Now

We’re so confident you’ll love the Unison Advanced Scales MIDI Blueprint that you can try it out for a full 60 days. If you’re not happy with the results, just email support@unison.audio and get 100% of your money back - No questions asked.

We securely accept payments through all major credit cards and PayPal. Your payment information is never stored and is safely encrypted with 256-bit SSL technology.
GET THE BLUEPRINT For 74% Off Now
© 2022 Unison.audio
Terms of Use | Privacy Policy